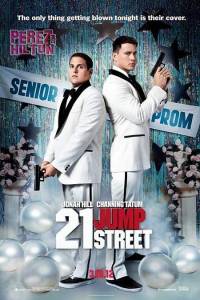 Tagline: The only thing getting blown tonight is their cover.

It’s actually a really funny film, and does a really great job of keeping comedic momentum. Some of it can get pretty silly, but I really enjoyed the film – as it had great comedy and pretty sweet action sequences. The only thing I disliked about it a little is how it took a turn for the predictable at times, but only on a few occasions – and other than that it was very great.

The whole cast is really just a great ensemble, and they each bring something special to the film. I didn’t think Tatum could be this funny, and he surprised me in this. Hill is also one of my favourite young comedy actors.

It’s one of the greatest comedy films of this year, one of my general favourite comedies, and the best action comedy mash-up I have seen this year. It’s in the same league as comedy film greats such as The Hangover and Superbad.